Disney was right in 1959. for the solution to our traffic problems we need to look no further than our own back yard...

The updated survey illustrates that while Orange County voters may support toll roads, once they learn the implications of the proposed Foothill South Toll Road and the negative impact it wouldhave on San Onofre State Beach, the more strongly they oppose it.

The findings show that, compared to a poll conducted by the same team of pollsters last year,
there has been no erosion whatsoever in public opposition to the toll road, and indeed there is some additional movement of public opinion in Orange County against the road, though within the poll's margin of error.

"We continue to see strong public opposition to the toll road," stated Jan van Lohuizen. "This
survey reconfirms that as the public learns more about the Transportation Corridor Agency's plan to build the toll road through the state park, opposition (63 percent) to the proposed route continues to be overwhelming. Just as they did in 2007, Orange County voters still want an alternative."

"Perhaps driven by concerns about higher gas prices, 65 percent of those surveyed indicated
that it's time to end our dependence on foreign oil, to think about transportation in different ways and to solve traffic congestion without destroying natural resources like San Onofre state park," added David Binder.

"Similar to last year, the findings in this year's survey are clear and compelling, and should
send a chilling message to the politicians who run the Transportation Corridor Agency," stated
Elizabeth Goldstein, president of the California State Parks Foundation, which commissioned the poll. "They intensified their efforts to pave over this park in the past 12 months, and they have failed to move opinion. This toll road makes no sense to the people these politicians represent, period. It's time for them to listen and explore alternatives."

"San Onofre State Beach, the 5th most visited state park, should not be viewed as a right-ofway
for a $1.3 billion boondoggle. San Onofre's open spaces, pristine waters and popular camping
grounds should remain as they are and be available to all Californians to enjoy now and for future generations. Other, more viable and less environmentally harmful options exist and the TCA should pursue them," added Goldstein.

Other relevant survey research findings include:

• When asked about the proposed toll road and with no information provided, 52% of voters
support this plan ('08Q3). Last year, 51% of voters supported the toll road ('07Q3).

• When informed that the new toll road would go through San Onofre State Beach and would
come close to Trestles Beach, support for the toll road drops precipitously – 33% supporting
and 63% opposing or strongly opposing ('08Q5). Last year, 28% supported/strongly
supported and 66% opposed or strongly opposed ('07Q7).

• 68% of those surveyed indicate that the Bush Administration should support the Coastal
Commission decision and not over-ride it ('08Q7).

• When asked which plan they agreed with more, 26 percent of those surveyed indicated that
because Southern California will continue to grow, we need to complete projects like the toll
road, even if it runs through a state park. But, 65 percent indicated that it's time to end our
dependence on foreign oil, think about transportation in different ways and solve traffic
congestion without destroying natural resources like San Onofre State Park (Q20).

The survey, commissioned by the California State Parks Foundation, was conducted between August
18 and August 21, 2008. In total, 400 Orange County voters were interviewed. The survey has a
margin of error of 5%. 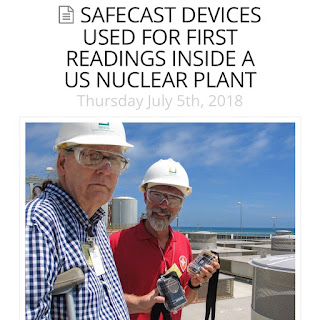